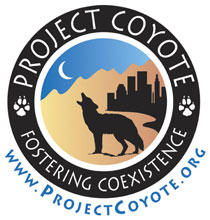 Reforms emphasize coexistence with coyotes and other wildlife

EUREKA, Calif. – In response to advocacy by a coalition of animal protection and conservation groups, Humboldt County today approved a new contract with the federal wildlife killing program, Wildlife Services, that will result in far fewer native species being killed. The contract requires that Wildlife Services implement numerous reforms to reduce its killing of wildlife involved in conflicts by — among other reforms — prioritizing non-lethal mitigation measures in urban and suburban areas and prohibiting killing of beavers.

Advocates began working with county officials after notifying the county that its existing contract with Wildlife Services violated state law by allowing the use of lethal methods without considering their impacts to the environment.

“It is vital that every government agency — from local to the federal level — follow the law for the protection of wildlife,” said Animal Legal Defense Fund Executive Director Stephen Wells. “We will continue to ensure laws that protect animals are followed and enforced.”

Under the modified contract, Wildlife Services cannot kill animals in urban or suburban areas of the county until after implementation of “all feasible non-lethal mitigation measures.” The new contract also imposes reporting requirements and restricts cruel or ecologically harmful killing methods such as pesticides, lead ammunition and body-gripping traps.

Humboldt County is the most recent California county the coalition called upon to reform its wildlife management program. Shasta, Siskiyou, Monterey, Sonoma, and Mendocino Counties have all terminated, suspended, or considered the environmental effects of their contracts — either voluntarily or by court order — after the coalition and others took or threatened legal action.

“Co-existence with our wild lands and the animals that inhabitant them is not just possible but imperative to ecosystem balance,” said Debra Chase CEO of the Mountain Lion Foundation. “We commend the county for taking this action.”

“Humboldt County’s wildlife can rest a little safer because of today’s agreement,” said Tom Wheeler, executive director of the Arcata-based Environmental Protection Information Center. “EPIC would like to particularly thank Agriculture Commissioner Jeff Dolf and the Board of Supervisors for recognizing that most human-wildlife conflicts are preventable and for working with the coalition to reduce unnecessary killing of wildlife.”

“We’re grateful that Humboldt County has taken this step towards more humane and effective management of its wildlife,” said Collette Adkins, carnivore conservation director at the Center for Biological Diversity. “I’m hopeful that the days of Wildlife Services’ indiscriminate and cruel killing of California’s wildlife are coming to an end.”

“Marin County led the way by ending its contract with Wildlife Services in 2000 and adopting a non-lethal cost-share program in place of lethal control,” said Camilla Fox, executive director of Marin-based Project Coyote. “We are so pleased to see other counties in California – and beyond – now considering alternatives to killing.”

“We are glad to see Humboldt County acknowledging science and recognizing that indiscriminate wildlife killing is neither effective nor humane management,” said Bethany Cotton, terrestrial wildlife director for the Animal Welfare Institute. “We look forward to a future where non-lethal coexistence tools are the norm across California and nationwide.”

“Even though Wildlife Services has multiple non-lethal methods at its disposal, this federal program has – for far too long – been given carte blanche by local governments to kill wildlife rather than find other solutions to mitigate human-wildlife conflict,” said Lindsay Larris, wildlife program director of WildEarth Guardians.  “We are pleased that Humboldt County is taking a step towards coexistence in holding Wildlife Services to a higher standard of conduct that we hope to see emulated across the American West.”

About the Animal Legal Defense Fund
Forty years of fighting for animals: The Animal Legal Defense Fund was founded in 1979 to protect the lives and advance the interests of animals through the legal system. To accomplish this mission, the Animal Legal Defense Fund files high-impact lawsuits to protect animals from harm; provides free legal assistance and training to prosecutors to assure that animal abusers are punished for their crimes; supports tough animal protection legislation and fights harmful legislation; and provides resources and opportunities to law students and professionals to advance the emerging field of animal law. For more information, please visit aldf.org.

About the Environmental Protection Information Center (EPIC)
Since 1977, EPIC has advocated for the protection and restoration of Northwest California’s forests and wildlands, using an integrated, science-based approach, combining public education, citizen advocacy, and strategic litigation.

About the Mountain Lion Foundation
The Mountain Lion Foundation is a 501c3 non-profit organization dedicated to the protection and preservation of America’s lion and their habitat. Since 1986 the Foundation and more than 7000 of its members have acted on the belief that mountain lions are in peril and our nation is on the verge of destroying this apex species upon which whole ecosystems depend. For more information, visit mountainlion.org

About Project Coyote
Project Coyote, a national nonprofit organization headquartered in Northern California, is a coalition of wildlife educators, scientists, ranchers, and community leaders promoting coexistence between people and wildlife, and compassionate conservation through education, science, and advocacy. To learn more, visit ProjectCoyote.org, sign up for our E-Team, and follow us on Facebook, Twitter, and Instagram.

About the Animal Welfare Institute
The Animal Welfare Institute (www.awionline.org) is a nonprofit charitable organization founded in 1951 and dedicated to reducing animal suffering caused by people. AWI engages policymakers, scientists, industry, and the public to achieve better treatment of animals everywhere – in the laboratory, on the farm, in commerce, at home, and in the wild. Follow us on Facebook, Twitter and Instagram for updates and other important animal protection news.

About WildEarth Guardians
WildEarth Guardians is a non-profit organization, founded in 1989, committed to the protection and restoration of wildlife, wild places, wild rivers and the health of the American West.  For more information, visit www.wildearthguardians.org 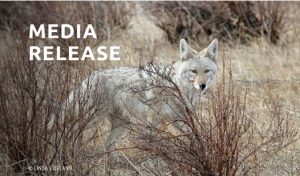